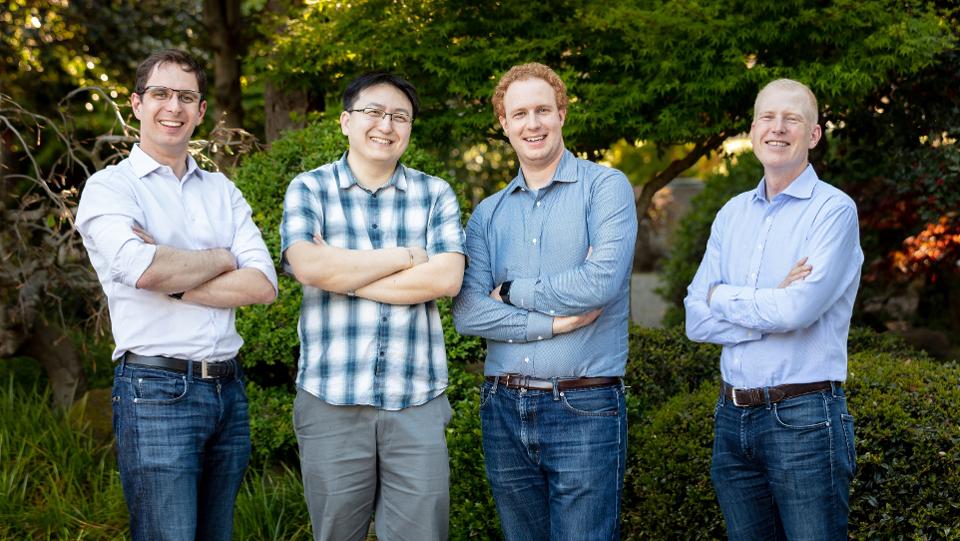 Managing security camera systems might not seem like an obvious area for one of Silicon Valley’s most competitive funding rounds in recent weeks. But that’s the case with Verkada, a startup that just raised a funding round at a $540 million valuation after just two years in the market.

The San Mateo, California, company announced on Thursday it had raised $40 million in a Series B funding round led by Meritech Capital Partners and Sequoia. The round, which comes just a year after it announced its previous $15 million raise, values the company at $540 million.

Founded in 2016, Verkada has been selling products only for the past two years but has built a roster of customers including school systems, gyms, municipalities and corporations like Citrix and healthcare providers, CEO Filip Kaliszan says. The company offers a hybrid software and hardware solution including the cameras themselves as well as software that streams the feeds over the cloud for users to monitor and share. Verkada declined to disclose its revenue, but customers spend hundreds of thousands, if not millions, on the service. With its headcount growing from 11 to 90 in the past year and sales “trending multiples higher than the first year,” it’s reasonable to guess Verkada is taking in tens of millions of dollars in sales.

“With all the innovation happening on the consumer side with cameras, people are used to a higher tier of experience,” says Kaliszan. “We come in and say, okay, this is how you bridge the gap.”

How Verkada is different from the established players in the market like Tyco and Honeywell starts with its cameras. Each stores footage locally, functioning like its own digital video recorder, and is encrypted at rest, meaning that it doesn’t lose its feed when the internet cuts out and won’t cough up its info if someone steals a unit. On the software side, Verkada provides a dashboard that shows every camera and allows users to click into their feeds. A highlighting tool allows users to send alerts only when people move, or walk through, certain areas within a camera’s view. And those feeds are securely shareable with outside guests, such as law enforcement, over set periods of time.

4 Common Cloud Misconfigurations And What To Do About Them

In a demo in April, Kaliszan sends Forbes the feed for Verkada’s main elevator doors. The feed works on a PC and iPhone at the same time with minimal hiccups (on choppy newsroom Wi-Fi, it freezes for a couple seconds at a time on mobile). The video quality is high; the whole process of sharing takes a few seconds at most. Part of the magic, says Kaliszan, is that Verkada can manage its camera’s bandwidth in the cloud to make sure all that is happening without a major computing or data drain.

“Imagine you were in an emergency situation, a police officer goes into the room and looks at a screen and relays information,” he says. “But our cameras can be used for things like training, too: we have a mall that used the time-lapse feature to show people’s traffic patterns.”

Verkada’s name doesn’t actually mean anything, Kaliszan says. It was just an available domain that rolled off the tongue. But its founding is more intentional. Hans Robertson, James Ren and Benjamin Bercovitz joined Kaliszan in 2016, who had started a company called CourseRank as a Stanford student (Chegg bought the startup in 2010). Originally interested in keyless entry, Kaliszan got the idea for Verkada when he was shopping for cameras to install outside his home. Consumer video companies (such as Canary and Nest) didn’t have the features he wanted; business-focused ones, meanwhile, felt like technology from the 1980s. Syncing up with Robertson, a cofounder of networking company Meraki (acquired by Cisco in 2012 for $1.2 billion), the two decided they had the software and hardware chops to build a modern, cloud-based system in a category ripe for new tech.

After initially selling the product themselves, Verkada began selling through channel partners and fought to get in the door at companies like Equinox by offering to re-install existing systems for free if their product wasn’t a hit—or replace it with a different new one. “They had to convince me,” says John Spirko, Equinox’s director of loss prevention. Since its trial at its Beverly Hills club a year and a half ago, Equinox installed Verkada in five gyms and plans to gradually replace all its cameras nationally with the product.

At the Zionsville Community Schools district in Indiana, which services about 7,000 students, Verkada started replacing a hodgepodge of other systems last year after a nearby school shooting added urgency to the need to upgrade its cameras. Zionsville set up about 500 cameras last summer, says chief technology officer Dan Layton, and uses the cameras for everything from school safety to tracking food deliveries. The town of Parkersburg, West Virgina, meanwhile, has hooked up 100 cameras at its city buildings and parks to handle everything from deterring vandals to monitoring a half-marathon race course to counting cars to see which streets are getting the most traffic—handy when the town needed to decide where to put the garage doors for a new firehouse, town IT manager Garrett Bradlyn says.

Verkada’s cracking the corporate market, too, though it will take years for it to fully replace previous systems as cameras fall into disrepair and contracts come up for renewal. That’s what’s happening at Citrix, the $13 billion market cap networking and software company based in Florida, which started using Verkada just over a year ago. Citrix’s ex-military and Department of Defense director of physical security, Mike Orosz, has gone from a cloud skeptic to one of Verkada’s biggest fans. Citrix spends several hundred thousand dollars a year with Verkada to manage about 250 cameras, and plans to roll it out gradually to cover six times that at five main campuses. What won Orosz over? High-level encryption, including its use of the TLS 1.3 encryption standard, and monitoring that means Verkada has usually already shipped a replacement by the time Citrix realizes one of its cameras has failed. “Five years from now, we will be all Verkada,” he says.

Such growth—and remaining upside, as a lot of its customers are still converting their systems to Verkada over time—has helped the startup flip from funding dog to hot commodity. Verkada struggled to raises its first funding rounds, previously led by Siemens venture arm Next47 and First Round. For the new raise, Meritech and Sequoia jockeyed for positioning while other firms scrambled to get in.

In the future, Verkada could do more with its visual recognition software to detect threats as they develop or provide and deny access to employees who try to enter certain areas, says Konstantine Buhler, the Meritech investor who is joining its board as an observer. “The vision is that Verkada becomes the ultimate Internet of Things platform,” he says.

Still, given Verkada’s relatively recent entry into the market, the startup has a lot it will need to get right. First, its own internal growth: Look at its leadership on its website, and you’ll see a sea of male faces. Kaliszan says the company is about 20% female but acknowledges that diversity is an area where it needs to improve. Then there’s the lofty valuation for such a young company. Should Verkada’s growth stumble, it may have priced itself into a difficult position to raise again at a higher price that doesn’t dilute stakeholders down the road. At Sequoia, partner Mike Vernal says that’s not such a concern when “they’ve gone from not being in market to a dramatic ramp in revenue and market pull that we very rarely see.”

But the exciting thing for Verkada—and arguably its biggest risk—is just how little of the market it’s tapped so far. Tyco, Honeywell and other security makers are unlikely to watch Verkada move in without their own response; other startups, especially outside the U.S., may also see the market as one with room for multiple new successes. For now, Verkada appears an early leader, and a good bet to be one of Silicon Valley’s next generation of unicorns.