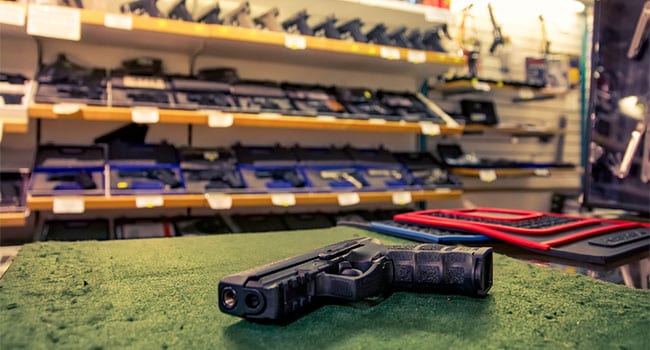 The law requires dealers with a federal firearm license to obtain a state certificate by meeting a set of standards for video surveillance systems and gun storage. The measure aims to prevent theft or other diversion of guns from dealers and put an end to “straw purchases,” according to Capital News Illinois. Straw purchases involve a person who buys a gun on behalf of someone who is legally prohibited from owning a firearm.

“These laws were a long-overdue step to do more to prevent gun violence, to make sure guns don’t fall into the wrong hands, to make sure that we license gun shops just like restaurants and other businesses, and deter straw purchases, so that we can prevent someone from buying a gun for someone who is not legally allowed to own a gun,” Pritzker said in a statement about the regulations last year.

Gun dealers have opposed some of the regulations, particularly those around video surveillance requirements. A proposed rule, later eliminated by the Illinois State Police, would have required dealers to maintain video surveillance at several areas in their stores and store those recordings for 90 days. In addition, the dealers would have been required to back up those files on an offsite cloud system or server.

This rule would have been particularly expensive for stores required to have over 100 cameras on premises, according to dealer advocates who had the chance to provide feedback to agency officials at an October hearing.

“I know stores that have over 125 cameras in there,” Todd Vandermyde, executive director of the Federal Firearm Licensees of Illinois, told Capital News Illinois. “You’re not requiring a backup system, you’re requiring a backup generator.”

Since then, the state police have revised many of the proposed rules introduced last fall, and the backup storage requirement has been removed. But since the ISP has passed the Jan. 2 deadline for the rule-making process, the agency plans to use its emergency rule-making powers that put rules into effect immediately for a maximum of 150 days while final rules are drafted.

Many dealers say compliance will still be difficult if other proposed regulations become law, including requirements to have written plans for storing all inventory and keeping ammunition in a restricted area of the store that customers cannot access.

There could be another hearing on the final rules this year, allowing the state police to incorporate final feedback from gun dealers and other stakeholders before releasing the final regulations.